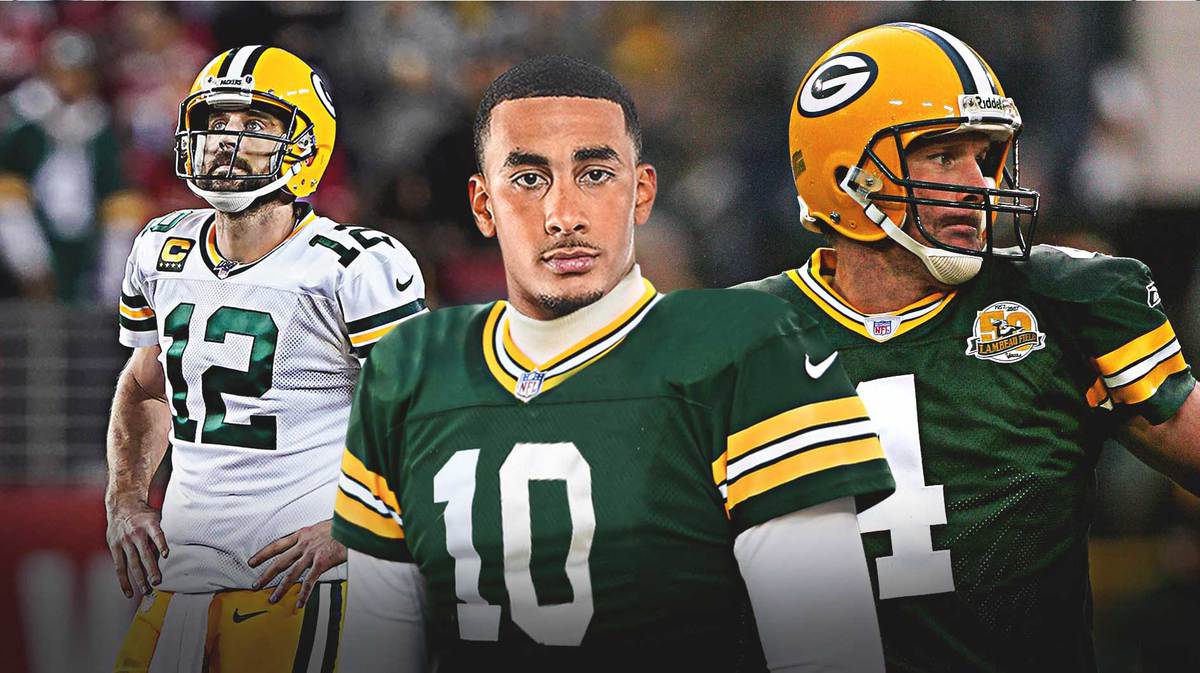 The NFL draft just as any other year was full of surprises having been moved from Las Vegas to a home camera setting due to Covid-19 on April 23, 2020. The biggest surprise of the night came in round one of the 2020 NFL Draft when the Green Bay Packers traded their first round pick (30th) + fourth Round pick (136th) to the Miami Dolphins for the 26th pick and picked up QB Jordan Love (21yrs) out of Utah State.

This pick came as a surprise as Green Bay already had QB1 Aaron Rodgers (36yrs) who was set to start his first year in his new contract of 4 years at $133 million with a guarantee of $98.7 million dollars. The contract binds him to Wisconsin through the 2023 season and by that time he would be 40 years old. Many were astonished by the Packers who went 14- 4 total and lost in the NFC Championship to the San Francisco 49ers 20-37 and were only one game from the Super Bowl under QB1. Many Thought they would pick up a Wr from the stacked Class.

Jordan Love stole the show for scouts as many didn’t know him very well and he was under the radar until a week before the draft. Jordan Love was interviewed a few minutes after being drafted about how he felt being taken by Green Bay. “I didn’t know what to expect. I’m excited to be in Green Bay”. When asked about Aaron Rodgers he had this to say : “Aaron Rodgers is one of the G.O.A.T.S man and can’t wait to sit and learn under him for however long It is”.

Aaron Rodgers who was taken by Green Bay as the 24th pick in the 2005 NFL Draft knows all too well about first round backups coming in. Rodgers who many regarded by many scouts in 2005 as the #1 overall pick slid down. Hall of Fame QB Brett Favre who already hinted at retiring made it difficult on Rodgers and didn’t want to “help the new guy out”. The rest is history now as the Packers gave Aaron Rodgers the reigns in 2008 and never looked back, picking up two MVPS and one Super Bowl in 2011 against the Pittsburgh Steelers 31-25.

Aaron Rodgers when asked about draft night replied that he never knew about it until his agent called him a few minutes before he got picked simply saying “They are picking a QB”. Rodgers in an interview was asked about his reaction “I was like, oh wow, okay. I understand It’s a business. I understand the nature of business. Was I bummed out? Of course. Who wouldn’t be?” He also went on to tell reporters he had a couple glasses of tequila as he knew he would get many calls through the night on the pick. Favre, who went to the Minnesota Vikings after leaving the New York Jets in 2009, many wonder if Rodgers would do the same except go to the Chicago Bears. His response was “oh man, that’s a tough thought right there,” he told the Ringer while laughing.

This Season with training camp underway and no preseason, this season we won’t see much of Jordan Love. When will we see Jordan love in one? two? three? four+ seasons. The question remains clear : Will Aaron Rodgers finish his Career with the Packers who repeatedly says he wants to play past his 40s which would mean he needs another contract, or will the Packers tell Aaron Rodgers “Tough Love”.