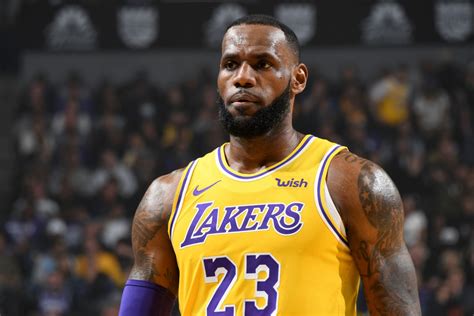 For the first time since 2010-2011 season LeBron James will not participate in the NBA Finals and won’t even be the NBA playoffs after missing 18 games with Injury as a member of the Los Angeles Lakers who are currently 11th in the west @ a record of 31-39 and are slotted to get a solid lottery pick after a disappointing season full of injuries and misgivings. But the topic of discussion when it come to the Lakers is was it worth it to sign LeBron James? The answer to the question is undoubtedly YES. Even after missing 18 games LeBron came back strong and has had great offensive numbers but this has been overshadowed by the teams terrible play as a whole, bad coaching, and a lack of defensive leadership. Some say LeBron is to blame for this after seeing a few clips of lazy defense which is taken in the wrong context. The fact of the matter is that James doesn’t have a solid supporting cast and when he did he went down with injuries along with others like Rajon Rondo, Lonzo Ball, and Brandon Ingram. Let’s not forget that the Lakers were the 4th seed. I find the notion that LeBron’s play is declining as blasphemous. The fans and media’s perception of LeBron James is flawed. The constant comparisons to Jordan and the ones to younger players like The Greek Freak is what makes the average NBA fan believe in something that is not true. The evidence to LeBron not being on the decline is in the numbers. His career averages are 27.2PPG, 7.4RPG, and 7.2APG. This season he is averaging more then each one of these stats with 27.5PPG, 8.5RPG, and 8.0APG. This man is almost averaging a triple double but yet the screams of his decline get louder and louder after every Lakers loss. This is the man that came back from 3-1 against arguably the greatest team of all time and went to 8 straight Finals. This is the man that was leading a team of role players in a stacked western conference to the 4th seed before his injury. Before you slander one of the greatest if not the greatest player of this generation consider the circumstances in which he has overcome and everything he has done for the great game of basketball.