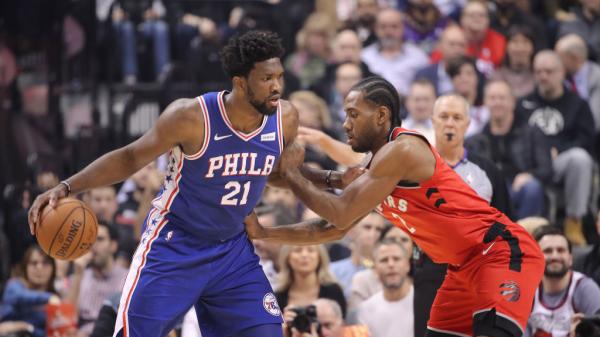 This should be an interesting series. We’ve got two of the best teams in the Eastern Conference going back and forth attempting to make it to the next round. Both teams only gave up one game to the teams they were facing in the first round and won four games. I honestly think the 76ers have a better all around team then Toronto but the Raptors and Kawhi Leonard were dominated this season. This series could really go either way but I am taking the Raptors. Toronto Raptors in seven.  – Dylan

I think the raptors have been very underrated all year long. People are basing there possible playoff success on past seasons. The 76ers are a great team don’t get me wrong but I can’t see them getting past a resilient Raptors teams especially with them having home court. Raptors in 6- Nick

Second year in a row the Celtics and Bucks are squaring up in the playoffs. I’ve got a feeling Boston is gonna pull off an upset. The Bucks were without a doubt the best team in the Eastern Conference this season and Giannis had an MVP caliber season but Boston has more things in their favor to win this series. They have more playoff experience and have arguably the best closer in the playoffs. They also have Gordon Hayward who is finally looking like himself and putting up great numbers for the Celtics. He averaged 12.8 points per game in Boston’s first-round sweep against the Pacers on 44.4 percent shooting from beyond the arc and closed out the series in Game four with 20 points shooting 7-9. I don’t see Milwaukee going on to the next round. It will be a very hard fought series by both teams but Boston will come out on top. Boston Celtics in Seven.  – Dylan

The only way I see the Celtics winning is if they can steal home court within the 1st two games which seems very unlikely. Boston has just ran into the wrong team at the right time. Their first round play was excellent but I believe this bucks team can just overpower them and punch their ticket to ECF. Bucks in 6 – Nick

The Clippers are are another team who surprised everyone this season but they’re going against the best team in the league. Warriors in four. -Dylan

I think the Clippers keep the games close but can’t finish when it counts. Warriors in 4. -Nick

The Nuggets finishing this season with the second seed in the western conference is still crazy to me. Big props to Mike Malone. Nuggets in six. – Dylan

Important series for Denver. Get these young guys some good experience by playing against one of the best franchises to date. Nuggets in 6- Nick