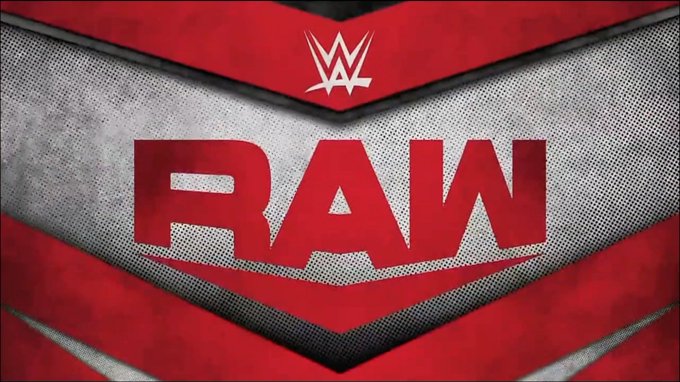 If I’m being honest this was the first episode of Monday Night Raw in awhile that I didn’t think was bad, I thought it was pretty decent. There were some bad parts, but I’ll just go over the positive things today. First things first I really think it’s time for Rollins to drop the title. The fans are over his title runs and his face character is just annoying and is stale. Give the title to Wyatt already. Now to the good stuff. Andrade defeated Sin Cara in a very fun and impressive match from these two, when they announced this match I knew it was going to be something special. We got another squash match involving Aleister Black, with all of these squash matches I’m hoping he is put into the U.S title picture real soon because this guy is really something special and he is really over with the crowd. The last thing I’ll talk about is the main event. We got a tag team match between the Street Profits and the O.C (Gallows and Anderson). This match was actually really fun. The Street Profits are a arguably the best tag team in the WWE right now and have a very bright future ahead of them. Giving them a win in their first main event match on Raw was a really smart decision which will hopefully give them a Tag Team Title match in the near future.  Overall Review 3.9/5 – Dylan

Last night’s episode of Monday Night Raw kicked off with a match between Raw Women’s Champion Becky Lynch and Charlotte to decide which brand would get the first pick of the night. Although Charlotte really annoys me and I am tired of seeing her on my TV, it was a decent match with Lynch coming out on top giving Raw the first pick of the night. Following the draft picks we got Andrade vs. Ali which was a pretty good match, but nothing special. Andrade deserves to be in the United States title picture in my opinion, a match between him and AJ Styles would be great. Next up we got a Raw Tag Team Championship match between the Viking Raiders and Robert Roode and Dolph Ziggler. The Viking Raiders came out on top to win the Raw Tag Team Championships which I believe was a great decision because Roode and Ziggler never really clicked together in my opinion. Some other highlights of last night’s episode were Cedric Alexander vs. Buddy Murphy, Richochet defeating Shelton Benjamin, and Seth Rollins burning down the Firefly Funhouse set. It was an overall really good episode of Raw and with the draft now finished and both brands getting all new superstars, things are looking up for the WWE if the writers can make some good storylines. Overall Review 3.4/5 – Dylan

Raw started off with Rusev going on a rampage against Randy Orton and King Corbin for laughing at him after Lana was shown in bed with Lashley. This storyline is disgraceful and needs to end ASAP. Next we had Lacey Evans vs. Natalya in a last woman standing match. I thought this match was actually pretty good  and had a nice finish with Nattie throwing Evans off of the stage into a table. Then it was the Raw Tag Team Champions Robert Roode and Dolph Ziggler vs. The Viking Raiders. This match was nothing special. Hopefully the Draft shakes up the tag team division because these matches are getting old. Aleister Black then came out and waited for someone to answer his challenge, and the Singh Brothers from 205 live answered his challenge. It was a squash match and Black won by submission in the matter of two minutes. I expect Black to be in some sort of title picture soon. Next we had another pointless tag team bout between the O.C and the Lucha House Party. The MizTV segment was up next with Raw Women’s Champion Becky Lynch and SmackDown Women’s Champion Charlotte. It was a pretty decent segment with Lynch and Charlotte trading insults back and forth. Then the Kabuki Warriors came out and the tag team match began, and was yet another mediocre tag team bout. Next up we got Apollo Crews vs. Ricochet. This was by far match of the night. Finally we had the segment between Braun Strowman and Tyson Fury. I really don’t get the point of this whole feud but it will be interesting watching how it plays out. Mediocre night for Raw. Overall Review : 2.3/5 – Dylan

I’m going to be completely honest with everyone this episode of Raw was hard to watch for many reasons. Why we didn’t kick the show off with Seth Rollins is already an atrocity as it is but not even having him on the show. Like come on now WWE this was the perfect chance to add some edge to his stale baby face character. The start of Raw with the Rusev angle wasn’t terrible but having Lashley and Lana together is something we’ve seen before. WWE needs to stop acting like the fans don’t know they are married in real life and everything is presumably fine in their relationship. But I loved the fact that they showed Rusev as a dominant Face the fans can eventually get behind. After that we saw the Last Woman Standing match between Nattie and Lacey Evans a match we’ve seen about 7 times in 2019. The match wasn’t terrible but it did go on a little to long but it did include some cool spots. Also before I continue on let me just say the live crowd can make or break a show and last night it broke the show. Becky and Charlotte facing against the Tag Champs the Kabuki Warriors felt fresh and it seems like the Kabuki Warriors are now heels who I expect to dominate the Woman’s Tag Division for awhile. Then to end the show we say Tyson Fury and Braun Strowman brawl. That’s it. They brawled. It’s clear to me and many WWE fans around the world that they are clearly in cruise control until the upcoming draft. I don’t even want to mention the rest of the show because it wasn’t note worthy. It didn’t make a difference and it isn’t going to affect WWE in the long term so why waste my time explaining it. We as the fan want meaningful matches that will build story lines. The Lacey Evans Vs. Natalya wasn’t a bad match but why didn’t we just get this on a sub-par hell in a cell main card. The Viking Raiders Vs Dolph & Robert Roode was another one of these matches that we could’ve had on the main card of Hell in a Cell. The last few days have just been filled with illogical making. Hopefully WWE can get it all together with the upcoming draft.